The mysterious aqueducts of Santa Lucia

Like many people who live in Vejer, I've often enjoyed walking the footpath beside the aqueducts of Santa Lucia in the company of visitors and friends. The aqueducts are generally said to be Roman, further developed by the Muslims, but the theory has never been tested, so I was delighted to learn recently that thanks to the efforts of Vejer's council, the Department of Culture of the Junta de Andalucia has at last authorised the archaeological surveys necessary to date the aqueducts.

Santa Lucia, in the area generally known as "Paraje de los Molinos" is situated about 3 kilometers from Vejer. The area has been declared a national monument on account of the beauty of its landscape. It's a place of orchards and market gardens, its rich soil watered by the springs which flow into the area from the La Muela plateau in the form of the 'Mantial de La Muela' - the La Muela Spring. The waters of Santa Lucia supply Vejer as well as the surrounding area and in the past were used to power the water mills whose remains still stand above the village.


There are two aqueducts, one at ground level, and one raised on arches. The first runs parallel to the road out of Santa Lucia for at least 500 metres. The channel walls are of varying height, but in some areas are as deep as two metres. The water channel is roughly half a metre wide. It seems very likely that this aqueduct flowed east to provide water for the Roman villa at Libreros, but more evidence is needed to confirm this.

The purpose of the second, larger aqueduct is similarly unclear. Although the style and materials are similar to those used in Roman times, their actual use is as yet unknown. There are several possibilities: the water may have been destined for Vejer, where sophisticated Roman water engineering could have pumped it to the top of the hill or it may have been intended for one of the salting factories near the coast. Vejer has no natural water supply, and it is very likely that the ingenious Romans found a way to bring the water uphill by a system of locks and sluices.

The Romans were expert water engineers and the system of creating artificial waterfalls to carry water downhill, as used in the Santa Lucia system, was also used in other places in Spain, notably in Córdoba. Aqueducts were constructed on a calculated incline which controlled the flow of water and kept the supply abundant, but without flooding. However, most Roman aqueducts were not visible, but were placed underground to minimise damage and interference with crops. Arches were usually built to cross valleys, while tunnels would be constructed through hills. It's very likely that excavations would reveal underground extensions to the visible system.

The flour mills whose remains we can find near the aqueducts were first mentioned in 1561 when Pedro de Medina noted a river called the Algorrobo (carob) which drove six or seven watermills and irrigated most of the surrounding land. The existence of the mills was often contentious. When Juan Relinque moved a plea against the Duke, he wrote ‘in the said village there is a public fountain and the said Duke has placed there six or seven mills, while preventing others from constructing mills there.’ In the 18th century, the Duke made 573 reales a year out of the surplus water from the mills, beside what he made from the production of flour.

It has been suggested that the aqueducts are contemporaneous with the water mills they later came to operate, and therefore date from the sixteenth century, but if this were so, it would be reasonable to expect that they would be documented, as the mills are. However, no written record of their construction exists. The most likely explanation for their being found together is that the Dukes of Medina decided to exploit the aqueducts he found on the site when the mills were built in the sixteenth century.

The mills of Santa Lucia became notorious in the nineteenth century during one of the Liberal uprisings which occurred throughout the nineteenth century. In March 1831, Vejer was a major focus of one such event, planned in the British territory of Gibraltar, where Spanish law had no jurisdiction.

Cristóbal Jurado was a lawyer from Úbeda who became interested in the liberal cause and took up arms for his beliefs. In Gibraltar, he established contact with other liberal exiles and planned an uprising. In March 1831, they decided to move ahead with their plans. While Manzanares took up position in Algeciras, Jurado travelled to Vejer, from where he hoped to unite with the Cádiz branch of the movement and gain more followers.

On the second of March, the governor of Cádiz was assassinated by the conspirators in the hope of gaining popular support. However, the expected support did not materialize, the revolutionaries dithered, and the moment was lost. The instigators made their way to Vejer hoping to unite with Jurado. On the 5th of March, Jurado proclaimed the Constitution in Vejer, while the Mayor, Diego Sevilla, trembled behind locked doors. 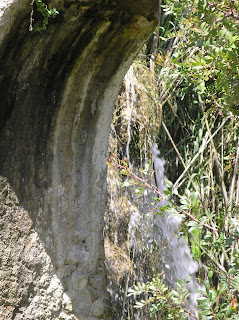 Resistance to the uprising was hastily assembled in Chiclana, and the first troops arrived in Vejer on March 6th, blockading the town against the revolutionaries’ escape. Jurado was wounded while defending the pass, and concealed himself in one of the mills in Santa Lucia. The King’s troops prevailed when reinforcements arrived and all the routes out of Vejer were blocked.

On the seventh of March the revolutionaries had to face the possibility of surrender. The Mayor and other officials negotiated hard with the army. They had no interest in sheltering the insurgents, but on the other hand, many were native Vejeriegos, whose families the Council would have to answer to. They were also aware that the Liberal cause had many supporters in the town; the possibility of future reprisals was strong. Eventually, the Mayor agreed to give up the ringleaders on the condition that nobody was harmed.

The King’s army was led by General Quesada, who demanded unconditional surrender from the assorted insurrectionists. He asked the Mayor to consider his position overnight, and rode back down the hill. A cold, rainy night passed. The next morning, General Quesada returned. Was the Mayor ready to hand over the culprits, or did he want events to run their natural course?

The Mayor held firm, preferring responsibility for what would surely follow to lie with the Army, rather than with himself. Later that day, the troops entered the town and rounded up four hundred men, who were promptly imprisoned. Others managed to escape.

Queseda offered a ransom of 1000 reales for Jurado and the following day, a miller woman and her daughters arrived from Santa Lucía, ‘la hija de Roque’ (the Roque girls). as they were known. They informed Quesado that Jurado was hiding in the mill. Handing Jurado’s ransom to the mother, Quesada commented ‘Take it, you wicked woman, the price of your betrayal.’

By the end of the 1831, the liberal cause had been temporarily suppressed and a military commission was set up in Vejer with the task of passing judgment on the insurrectionists. Several death penalties were passed, but only Jurado’s took effect, and many of the defendants went on to be active in the liberal administration of 1836, among them a young hothead called Manuel Torres, who had fought fiercely for the cause.


After receiving judgment in March 1831, Jurado asked to see a priest and made his will. Jurado requested burial on Christian ground, and, asserting that he was free of debt, named his executors, all residents of Úbeda. Later that day, he wrote a codicil, speaking of the sadness of his position, and his loneliness as the moment of his execution grew closer. The revolution had failed and his friends had deserted him. Towards midnight, he declared that his hand was shaking too much to sign the codicil.

A few hours later, Jurado was taken to the outskirts of town, probably the cemetery of San Miguel, and executed. He was buried as requested. In later years and different times, though the people of Vejer celebrated the heroes of the Liberal insurrection, the collective sense of shame prevented them from so much as mentioning Jurado’s name. The bitter final words of his will reveal his disillusion; ´Crstóbal Jurado: heroic failure.’

Like every other village, Santa Lucia has both good and bad in its past, but with luck, it won't be long before we know more about that past and the aqueducts for which this beautiful part of Vejer is so well-known.